Why I Love New York

After spending two weeks immersed into the New York tourist life, I don’t know if I’m qualified to exclaim my love for New York but needless to say I have completely fallen for what it has to offer.

Although my reasons appear to be endless, I have managed to compile the top reasons as to why I am drawn to this magical place.

I had been told by many that New Yorkers are rude and unfriendly-even said by a couple New Yorkers themselves! However not once could I say this was the case. If I ever needed help there was always someone who took the time to lend a helping hand. Now thats not to say that everyone can be trusted but I really felt safe and comfortable in my surroundings which is always reassuring.

New York is recognised for its vast diversity but it’s not until you get there that you realise you can always find a piece of home no matter where you go. Difference is accepted and individualism encouraged. Not only can you engage with people of various cultures but New York offers infinite amounts of delicious food from all over the world.

When i imagine New York, I think of Instagram-able locations and scenes belonging in an art gallery. So it’s clear to say that New York oozes creativity from the inside out. Just from wandering around Times Square, New York is bursting with imaginative and artistic people full of talent and vision. From Broadway shows to dancers on Subway platforms and musicians showcasing their passion at every corner. If you’re a performer, or just someone looking to be entertained, then New York’s the place to be.

I love that New Yorkers aren’t afraid to compliment a stranger on the street and not want anything from you. When they appreciate something they will say it. Similar to my first reason, it’s not rare to find yourself having conversations with strangers about almost anything!

Now I don’t really want to mention the weather 🙄 but as I’m British I think it has to be done 🤷🏻‍♀️. England just doesn’t know what season it’s doing half the time so each morning we’re faced with the problem of deciding whether we’re wearing a jumper or bikini. We then have to open the curtains and look outside whilst simultaneously checking the weather forecast a billion times before coming to the answer. Phewww that’s a long process 😅. Anyway, New York sees the crisp orange leaves of Autumn/Fall to the crazy winter snowfall and then welcomes in a warm Spring and hot Summer.

New York is a place where you can never stop exploring. When people think of New York, it’s the norm to picture the enormity of Manhattan’s skyline and envision the overwhelming streets of the city that never sleeps. However, New York isn’t just about the city; Brooklyn, The Bronx and Queens all add to New York’s personality making it one of my favourite destinations for adventure.

So many people aspire to travel to New York to admire its magnificence as the city of dreams. However, to add everything up, I love that it’s just regular people living their ordinary lives that together create the extraordinary New York. This is why it’s earned it’s place as one of the best cities in the world.

Have you ever visited New York? If so what was your experience like?

Let me know in the comments!

3 thoughts on “Why I Love New York” 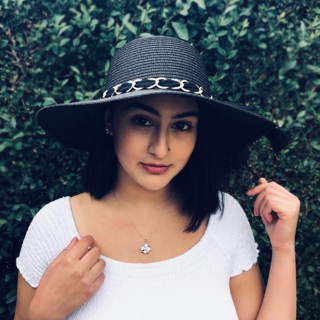